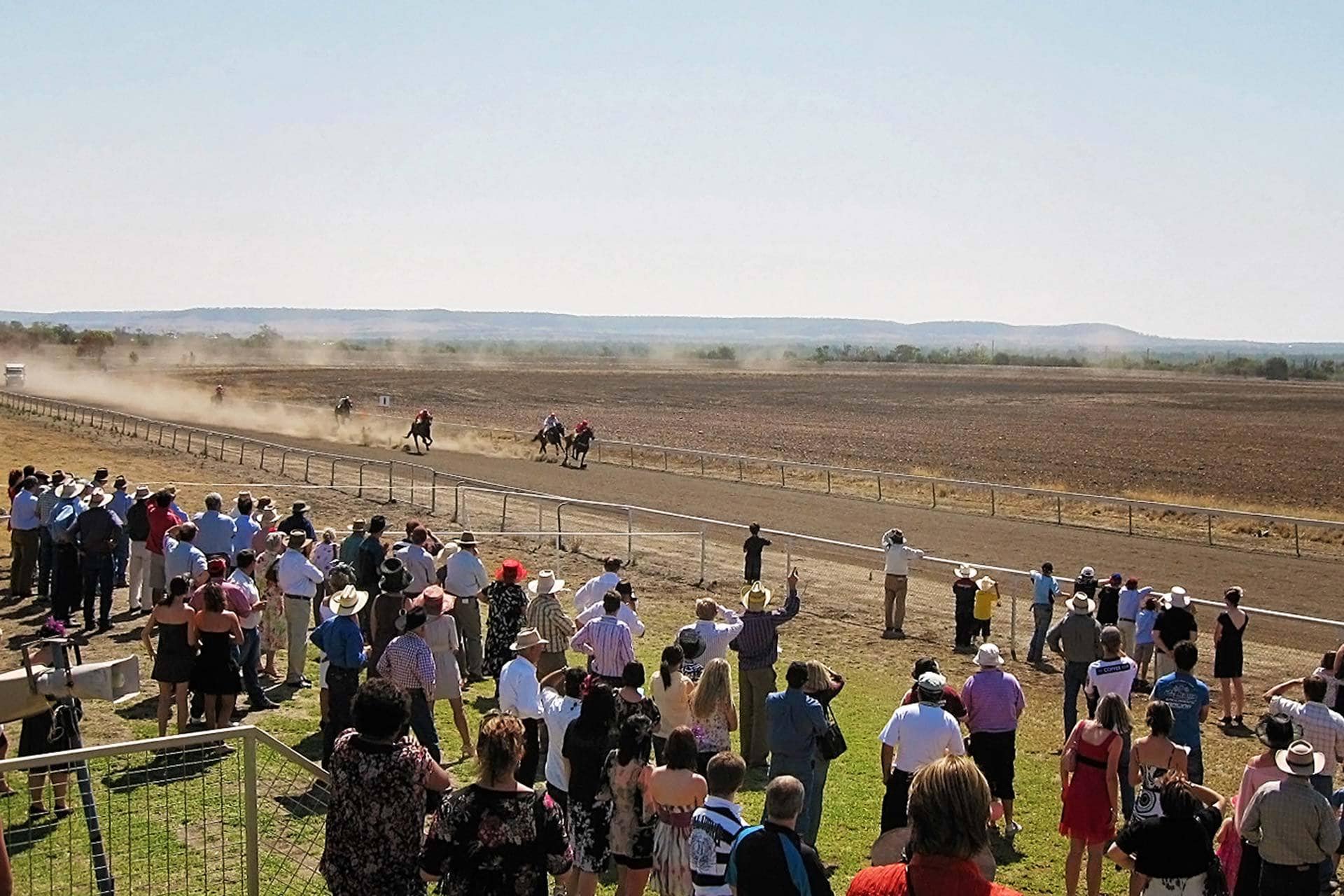 As one of Queensland’s oldest racecourses, Taroom race days are a family affair and long held tradition of the town.

People come from everywhere, sporting fashions on the field for the running of the Taroom Cup in September, Christmas races in December and occasional Winter races in June.

With a 5-race program, punters can always be assured that the beers run cold, the odds run hot and the horses run like blazes. Then, after the bets are settled and horses are put to bed, celebrations and commiserations kick on through the night with dinner, music and non-stop fun.

Though the track runs anti-clock-wise, there’s nothing backwards about this race club.

Former trainer and long-time president Graham Rewald raised five jockey sons, one finding success with the Queensland Cup, riding local favourite Latin Myth. A man ahead of the times, back in the mid-1980s Graham also trained Thangool youngster Paula Wilson. The first female jockey to ride in the Taroom Cup, Paula blitzed the field on the back of Winnington, claiming the cup and a place in racing’s history books.

Those were heady days. In the same decade the track was home turf to bay gelding Storm Breaker. This mighty horse, trained by local Billy Cogoll, won 54 races from 112 starts – a legendary effort by anyone’s standard.

Can I camp close to the Taroom Racing action?

On race days, free camping is available at the Taroom Racecourse and Chain Lagoons – 15 km north of Taroom.